Inside Tourism was launched in January 1994 to an enthusiastic welcome by the industry.

In 1982, after 20 years working for radio, TV and print media in the UK, Monaco, Australia and Brunei, award-winning journalist Nigel Coventry became public relations officer for NZ's Tourist and Publicity Department (Now TNZ).  In 1985 he left that role to write about New Zealand's visitor industry for overseas publications, as well as editing a new magazine, Travel Scene. 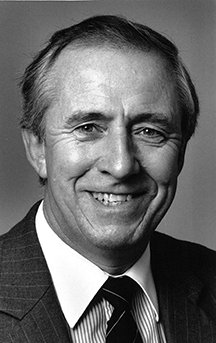 IT was launched when Nigel saw the need for an independent, factual and up-to-the-minute publication about NZ tourism and, despite some initial industry scepticism, it began as a weekly fax-based publication, with four pages of content, and snail-mailed to anyone who didn't have a fax.

Nigel was New Zealand Travel Writer of the Year in 1985/6 and was a PATA Gold Award winner in 1999, thanks to an exclusive interview with the then-chairman of the China National Tourism Administration during his New Zealand visit prior to ADS.  In 2008 Nigel was stunned to be named PATA Journalist of the Year.

On 1st April 2019, Nigel handed over the reigns to new owners Jay Burston and Polly Mustard.

From one digital era to the next, Inside Tourism has come from being a fax, through to an emailed PDF, and since 10th June 2019 has become the website you see today.

Not only has Inside Tourism been recognised as the premier source of industry news, it's future will see it become the must-have industry tool for not only its unbiased and factual reporting, but a wealth of industry data, analysis and even recruitment tools.

DWC campaign to draw visitors to the region, show off stunning photos

Domestic and international visitors set to benefit from i-SITE upgrades